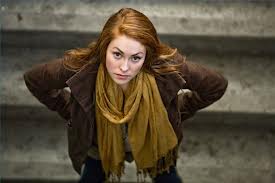 If we had noticed that the young men of the present day found it harder and harder to get the right answers to sums, we should consider that this had been adequately explained the moment we discovered that schools had for some years ceased to teach arithmetic. After that discovery we should turn a deaf ear to people who offered explanations of a vaguer and larger kind — people who said that the influence of Einstein had sapped the ancestral belief in fixed numerical relations, or that gangster films had undermined the desire to get right answers, or that the evolution of consciousness was now entering on its post-arithmetical phase. Where a clear and simple explanation completely covers the facts no other explanation is in court.  If the younger generation have never been told what the Christians say and never heard any arguments in defence of it, then their agnosticism or indifference is fully explained. There is no need to look any further: no need to talk about the general intellectual climate of the age or the influence of mechanistic civilization on the character of urban life. And having discovered that the cause of their ignorance is lack of instruction, we have also discovered the remedy. There is nothing in the nature of the younger generation which incapacitates them for receiving Christianity. If any one is prepared to tell them, they are apparently ready to hear.

One thought on “Saturdays with C.S. Lewis: Why the Next Generation is Rejecting Christianity”