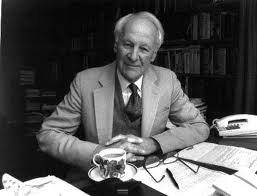 One year ago today, July 27th, 2011 the humble preacher, author, and theologian John Stott passed away. I want to take this article, just in case you have never heard of this man, to reflect on some of his legacy.

Some of my favorite Stott quotes:

As described in an obituary by Christianity Today, Stott was “An architect of 20th-century evangelicalism [who] shaped the faith of a generation.” When he passed away the BBC referred to him as someone who could “explain complex theology in a way lay people could easily understand”. Billy Graham said of him, “The evangelical world has lost one of its greatest spokesmen, and I have lost one of my close personal friends and advisors. I look forward to seeing him again when I go to Heaven.”

An incredibly influential work that John Stott wrote was “The Cross of Christ”. At a time when a substitutionary view of the Atonement of Christ was under attack, Stott addressed the issue with grace and truth. Of this book J. I. Packer stated, “No other treatment of this supreme subject says so much so truly and so well.”

While Stott has some theological differences from myself, [for rarely (if ever) can you agree with every single belief of another man], I respect his heart for Christ and the legacy of biblical passion he has left behind for evangelicalism. I pray that more teachers of the faith will rise up like him and shake our generation as he shook his.

Your fellow worker in the field, Adam