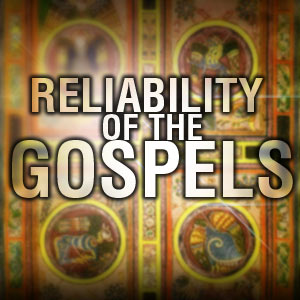 “Another point is that on that view you would have to regard the accounts of the Man as being legends. Now, as a literary historian, I am perfectly convinced that whatever else the Gospels are they are not legends. I have read a great deal of legend and I am quite clear that they are not the same sort of thing. They are not artistic enough to be legends. From an imaginative point of view they are clumsy, they don’t work up to things properly. Most of the life of Jesus is totally unknown to us, as is the life of anyone else who lived at that time, and no people building up a legend would allow that to be so. Apart from bits of the Platonic dialogues, there are no conversations that I know of in ancient literature like the Fourth Gospel. There is nothing, even in modern literature, until about a hundred years ago when the realistic novel came into existence. In the story of the woman taken in adultery we are told Christ bent down and scribbled in the dust with His finger. Nothing comes of this. No one has ever based any doctrine on it. And the art of inventing little irrelevant details to make an imaginary scene more convincing is a purely modern art. Surely the only explanation of this passage is that the thing really happened? The author put it in simply because he had seen it.”
-C.S. Lewis, “What Are We to Make of Jesus Christ?” (1950)